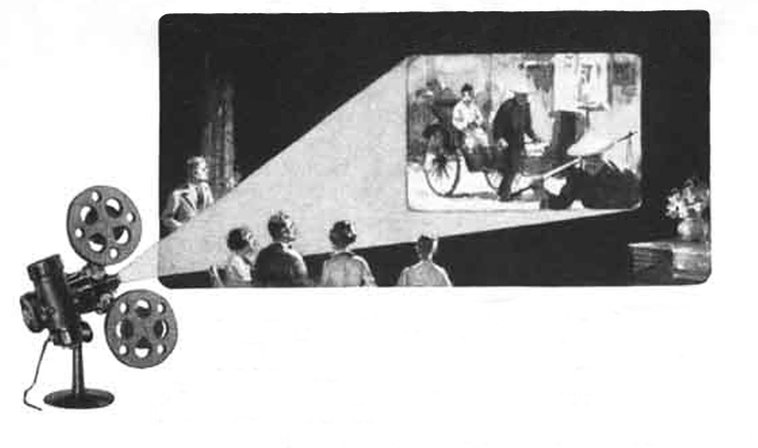 A NOSTALGIA FILM SHOW is an afternoon or evening of film nostalgia for all clubs, organisations, care homes and other interested groups.

Using real film projected onto a big screen in a darkened room, the shows aim to recreate the magic of the cinema and bring back memories of how life was in former times, be it war-time Britain, the golden age of Hollywood, the swinging 60s or whatever your particular interest is.

A NOSTALGIA FILM SHOW is guaranteed to get people reminiscing about the good old days.

A typical show consists of a 1 hour programme of short films (Most run for between 5 and 20 minutes.), joined together onto reels of about 30 minutes each. The films are on the super 8 gauge, which is ideal for projecting in rooms of most sizes, from a small lounge to a medium-sized hall. All the films have sound. Film shows on the 16mm gauge are also available.

The content of the programme can be tailored to suit the interests of the audience. Information about the types of films available is given on the next page.